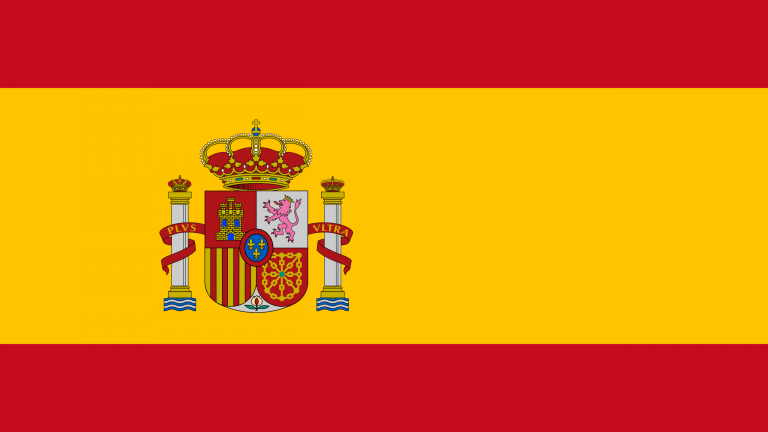 The Conquistador Of Europe

Spain: The market under the sun. With one of the biggest consumer markets in the EU, who wouldn’t want to invest in the country responsible from bringing chocolate into Europe, and thus the world? OK, Spain’s workforce is not known for being the most productive, and its payment terms are too long. That being said, the country can rely on a highly efficient transport network, an advanced ICT network, flexible and adaptable economic operators, and a high quality of life.

Spain is an open market seeking additional foreign investments. Their efforts to stay competitive include different policies to facilitated ownership and capital flow, including the possibility of foreign ownership in investments up to 100%. Spain is also a globalized market and an entry route to Latin America, thanks to its Spanish-speaking population and its cultural proximity. The country also benefits from qualified suppliers and a number of Spanish multinational companies.

In this guide, we will guide you through the process of reaching Spain’s consumers, successfully making sales on e-commerce channels, and getting your products to reach the desired consumers.

The typical online shopper Is 25-49 years old (35-49 year olds in particular), lives in urban areas and works full-time, is university educated, comes from a medium to high professional social class. It’s also worth mentioning that the Spanish love freebies: it doesn’t matter what it is, as long as it’s free, they will love it.[12]

45% of Spanish people have shared information on social networks: it’s more than the global average of 36%. Spaniards like using social networks, also during the shopping process, e.g. to check out opinions and reviews about products and brands. Online shoppers also utilise social media to find out about brands: Facebook (41%), Twitter (38%) or Instagram (21%). 65% say that they consider making another purchase from companies that have serviced them via social media. However, 65% don’t approve of companies that use social networks to substitute for catalogues or to advertise offers.[13]

Home furnishings are a popular choice for overseas purchasing, followed by clothing and footwear.[14]

One of the the biggest online shopping days in Spain is Cyber Monday. iPad Sunday is a new phenomenon that describes the peak shopping time occurring on Sunday, usually between 6pm-7pm.

During 2016, the Spanish eCommerce sector grew significantly, both in the B2C and B2B areas. It has experienced double-digit growth even during the past economic downturn. The sector remains highly competitive and offers opportunities for U.S. companies.

For reference purposes, Spain is considered the fourth largest B2C market in the EU, behind UK, Germany and France. Internet penetration in Spain is estimated to be 79 percent.

There are three main trends in the Spanish eCommerce market at present: first, logistics has become a critical differentiator for Spanish sellers since the introduction of Amazon’s prime service.  Secondly, Spain is considered to have one of the largest smartphone penetration rates in Europe, fuelling mCommerce growth. Lastly, as the market expands, the need to integrate analytics and third party ecommerce intelligence service providers is growing.

Top product categories for online purchases by consumers were travel and hotel, direct marketing, ticket services, electronics, clothing and food. Credit cards were one of the most widely used payment methods. The Spanish Markets and Competition Commission has developed detailed statistical data by quarter, based on credit card payment information for e-commerce transactions.

For consumers, while in Europe the online seal of confidence is “TrustedShops”. In Spain the most widely used one is called “Confianza Online”.

The large majority of cross border ecommerce is completed with other EU countries, representing over 92 percent of the total cross-border amount.

According to the Spanish Statistical Office, over  20 percent of companies with more than 10 employees made sales in 2015 through ecommerce, while 32 percent made purchases. B2B eCommerce annual business volume in Spain is estimated to be around USD 60 billion.

There has been a significant recent growth in the number of companies and depth of their eCommerce-related services offered in Spain related to logistics, shipping warehousing and fullfillment. The U.S. Commercial Service can assist in identifying a reliable partner.

Spanish patent, copyright, and trademark laws approximate or exceed European Union levels of intellectual property protection. Spain is a party to the Paris Convention, Bern Convention, the Madrid Accord on Trademarks and the Universal Copyright Conventions. Please refer to the “Protection of Property Rights” section in the Country Commercial Guide for Spain, as it contains detailed information on Protecting your Intellectual Property in Spain.

The prefered online payment method for consumers in Spain, estimated at 90% of the total,  is by debit/credit card, followed by Paypal. Ecommerce players are adding new payment/consumer financing options to improve conversion rate.

The growth of Mobile eCommerce is significant in Spain, and most retailers are adapting their online presence to this segment, not only because of the change in the ranking algorithms at search engines, but because it is a well adopted trend by end users. The estimation is that nearly fifteen percent of sales at online stores were generated through smartphones/tablets in 2016.

Prepared by our U.S. Embassies abroad. With its network of 108 offices across the United States and in more than 75 countries, the U.S. Commercial Service of the U.S. Department of Commerce utilizes its global presence and international marketing expertise to help U.S. companies sell their products and services worldwide. Locate the U.S. Commercial Service trade specialist in the U.S. nearest you by visiting http://export.gov/usoffices.

Improvements in logistics could help push e-commerce sales in Spain. Many Spanish online shopping carts are abandoned, and consumers say it’s because of overly expensive delivery costs or long delivery times. Same-day logistics companies in urban centers are helping to fill this void and are being used by companies including FNAC, Pull & Bear (owned by Inditex), and Zubi, a Spanish design company. [1]

Spain’s Port of Huelva announced (Feb. 2015) it is considering the development of infrastructure improvements at the Port. The Port also announced a larger set of infrastructure proposals, labelled the “Intermodal Platform,” totalling investments of around €22 million ($24.6). The Intermodal Platform will include improvements to the rail network at the Port, completion of a container terminal and passenger terminal, and a restructuring of the Port’s south pier. The package of infrastructure investments “aims to eliminate bottlenecks in the Canary Islands and the Strait of Gibraltar,” said the Port of Huelva, which may also bring increased demand for bunkering services at the port. [2]

There are three different customs regulations in Spain. The EU common customs apply to the mainland and Balearic Isles. The Canary Islands, previously a customs-free area, is undergoing a transition period to meet EU customs regulations. There is a customs-free trade area in the two northern Africa enclaves of Ceuta and Melilla, which are under Spanish sovereignty.Canary Islands, Ceuta and Melilla are not considered as part of the EU due to different Customs policies. Only documents are accepted to Ceuta and Melilla. Duties and taxes shipments destinated to Canary Islands must be billed to consignee. Paperwork delivered to cnee/cnee’s broker will constitute POD. [3]